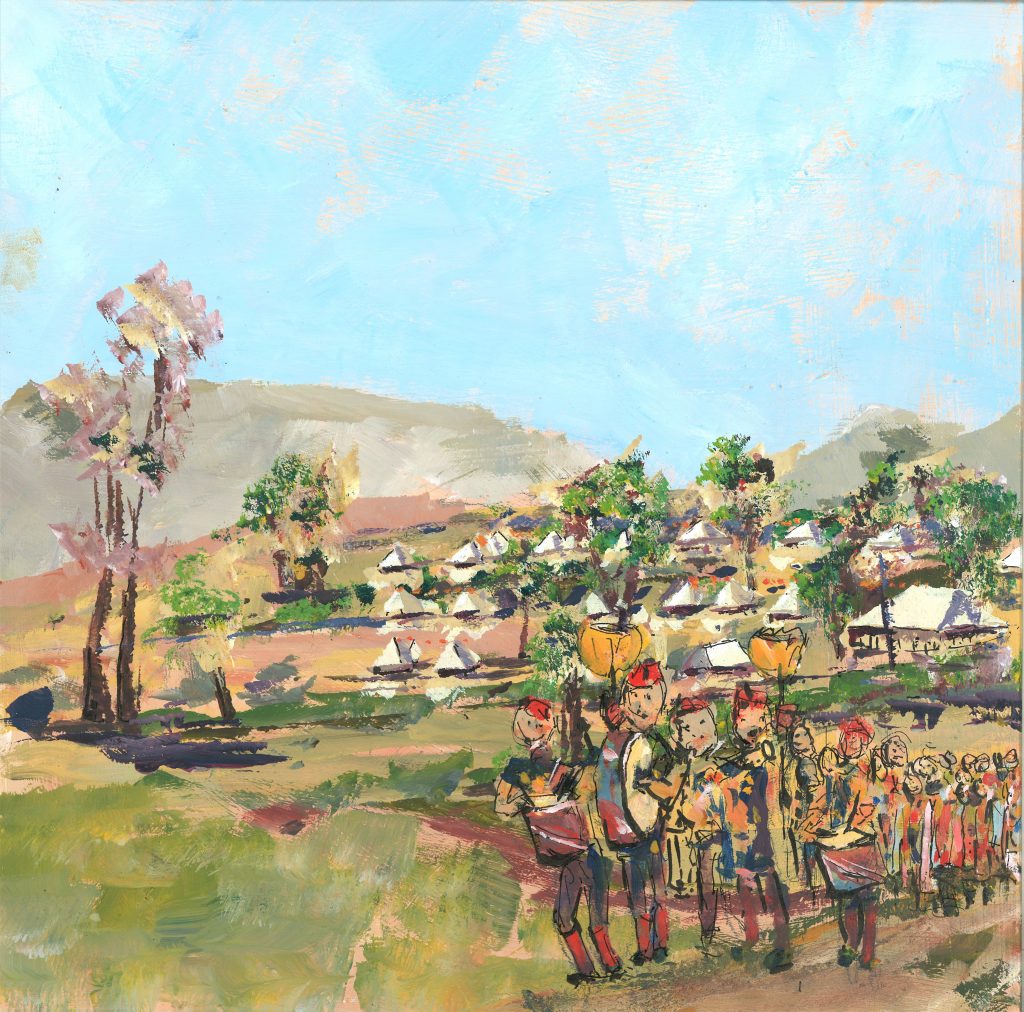 Local reports from Udaipur this week confirm that, thanks to the quick-thinking magnanimity by the ruler at the Delwara Fort Palace, a clash of some ugly proportions did not come to pass.

Early last Friday a band of insurrectionaries emerged from the Aravalli Hills to the walls of the fort, setting up camp in the heat and dust of the orchards. By Saturday night fuelled by french champagne and enlisting military drummers the rabble took a short 45 minutes to get to the gates. Cleverly, they had employed tailors and couture from the region, hairdressers and make up people to disguise their intentions: and as the crowd, with unremitting pressure from the drums, trumpets with strong war-dancing, negotiated a way past the guards to meet the ruler on the lower lawns. A highly gracious settlement ensued by way all were treated to a magnificent feast with dancing lasting over eight hours, something so generous and  unprecedented in the 60 years of the leaders reign that it calmed the situation for the duration. 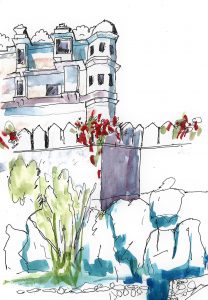 the fort looked impenetrable from the camp

For fear of a ‘calais- jungle-class’ uprising, it was bargained that their arsenal was to be given up and the camp vacated.  By midnight spectacular explosions were heard, lighting up the sky for nearly half an hour. Lord Duncan of Essex was taken hostage and moved quarters to unknown rooms in the fort; but by first light on Tuesday, he and all but a few had melted away from whence they came.

A spokesman for the incumbents of the fort, Henry of Oakford, said he’d never been so relieved that the ‘sangatte-style mob’  had been dealt with: and he celebrated by feasting and drinking with his entourage in the marbled dining room for three days running. 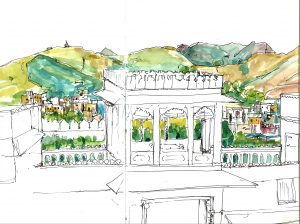 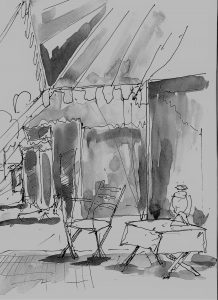 the camp had an air of colonial times

Such largess by the host at the fort, whilst turning little in the course of twenty-first Indian history, was so much appreciated by those involved that it added amply to their lives in a way that will be memorable and probably unrepeatable. And they say enormous thanks for that.

Locals, in the village below the fort, initially were petrified at the commotion and smelling cordite; but have since calmed down once they had the message all was quiet on the western front. 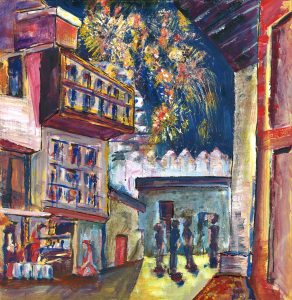