Loner – but not alone! 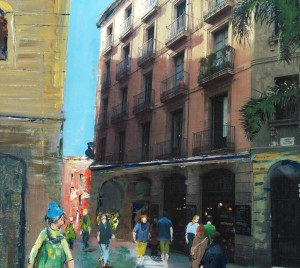 The place is simply a joy and no wonder those who visit Barcelona hardly ever complain. The active narrower streets nicely separate the main traffic from all the good parts – making such difference to getting about and allowing a host of small enterprises to spill out onto the pathways and squares all of which makes for interest and an unsophisticated order with family concerns jousting out of the shadows – yet there is little gaucheness as the natural rhythm is calm, is proportionate and is subtle.

Staying close to the University at Hostal Grau describing itself as an eco-chic hotel, I could not have hit on a better place run by a family who have been there for years and were so welcoming and obliging. But not stuck in times past: hostal grau has embraced a go-green philosophy with lovely natural organic beds all the way from my friend Devon: and minimalist to whacky but highly tasteful décor that assures a wonderful stay: and this collage I trust brings it to life.

Breakfast if not in Bar Centric as part of the hostal move around the corner to El Colectivo : as people went to work and the bikes and mopeds were buzzing 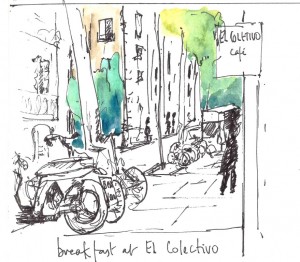 The Segrada Familia is quite astonishing being a scene so big and so unusual that it requires hours of study to assimilate. Massive and varied, this ‘work in progress’  sacred space requires an appreciation of a multitude of tastes as it enters its final ten years of construction to meet Gaudi’s gothic mixed with art-nouveau aspiration since its start in 1882. 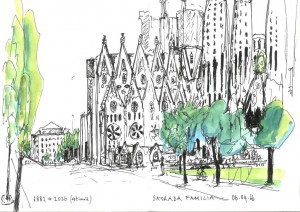 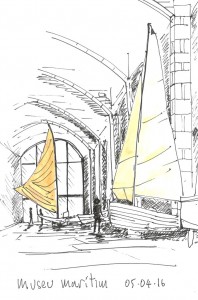 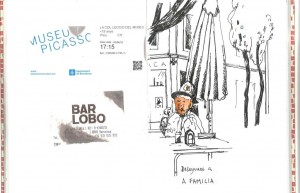 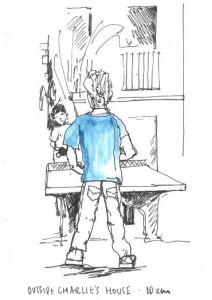 Its a place that whilst one can be totally alone wondering and absorbing, there is so much genuine activity and uncontrived energy that you are never by yourself and will feel fulfilled to have been there …alona or not!