My knees went brown in January 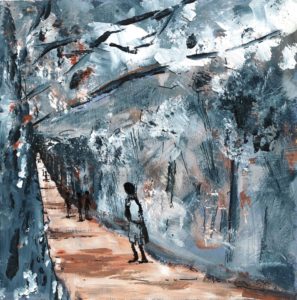 On close inspection my knees were unusually nut coloured for the time of year. Far from the minus-white mottled palour with those odd purple oblations ascending those knobbliest of joints in winter – just a bonnie brown.  And why was not difficult to work out, as Africa carries a blissful climate in which we were immersed for a few days. And strangely ones knees being situated between the bluff of the shorts and the top of the socked leg swishing through the grasses bears most exposure to the elements. More than the hatted head which in turn shades the beak and everything else needed decent protection and needed to be decent with clothing or cream. So the knees had the freedom of the African air.

And so, be it floating on ones back in the Indian Ocean or moving through the Masai bush those knees are out in front taking the weather and nutting up nicely. Oblivious to my vitamin D intake strengthening my bones with every stride the places to create pictures appeared and once again the washing was in evidence. It always does when away. 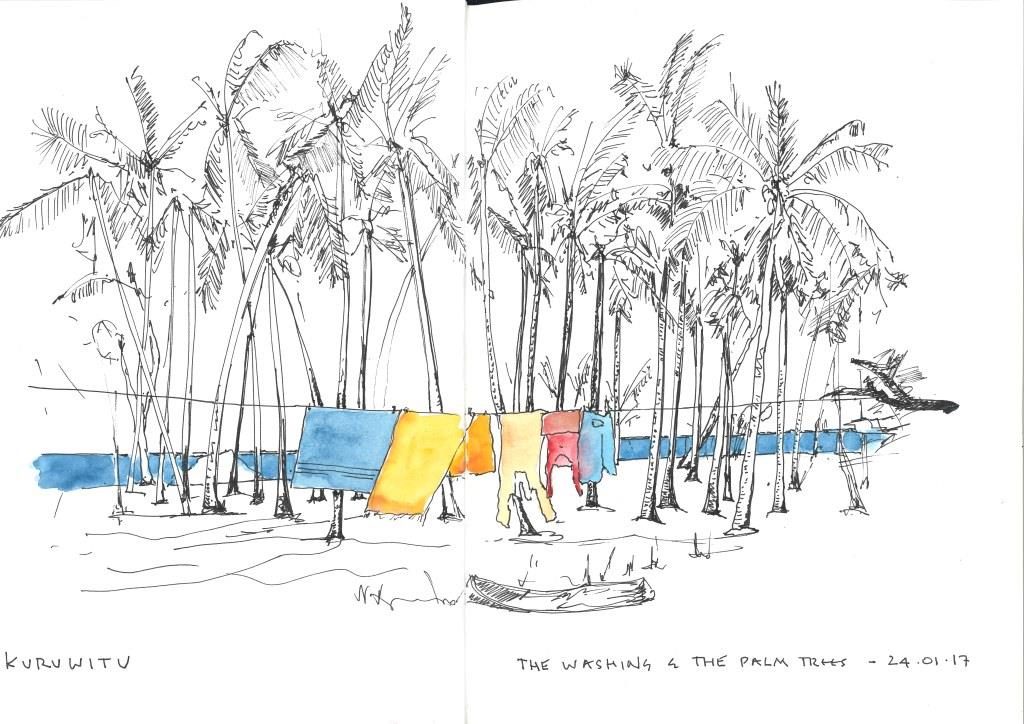 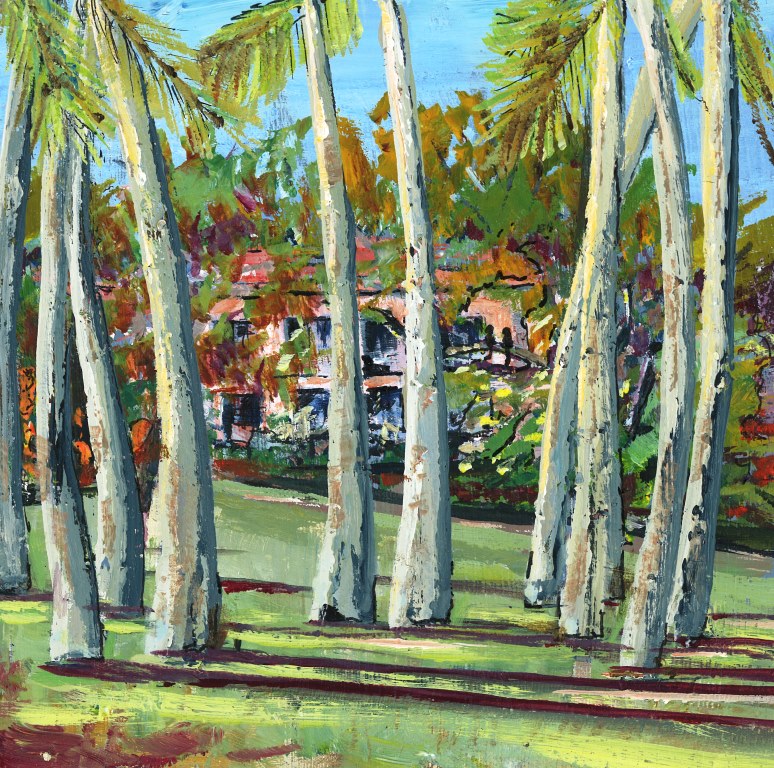 As we went from coast to country to island spots and via some appealing places there wasn’t enough time to halt at every colour rush. To paint with a little breeze, a dollop of sun, temperatured in the mid twenties in the shade is indeed a joy and a privilege and with Kenyan time to spill the day moves on quickly marking the canvas.

And then the lights go out. The equator cuts its dues on the twelve hour day and there’s little time of that orange or red sky that shepherds wish for……. in just fifteen minutes the colours are extinguished and its only black and white to be had – and that’s it  – no colour. The balminess comes with the big, big sky, the far off horizons and abundant warmth easing out of the earth. No dew, no damp, just cracking soils and chirps of the birds in the trees on their sundowner we assume. And in the morning its much the same in reverse.

Early morning ten minutes of colour looking out to India 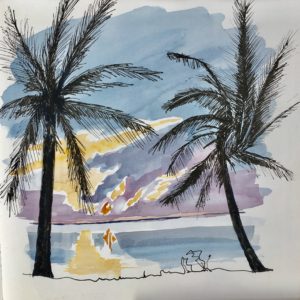 Perhaps fifteen minutes of fade as the sun races over the Great Rift Valley horisons at  some two hundred kilometres away. 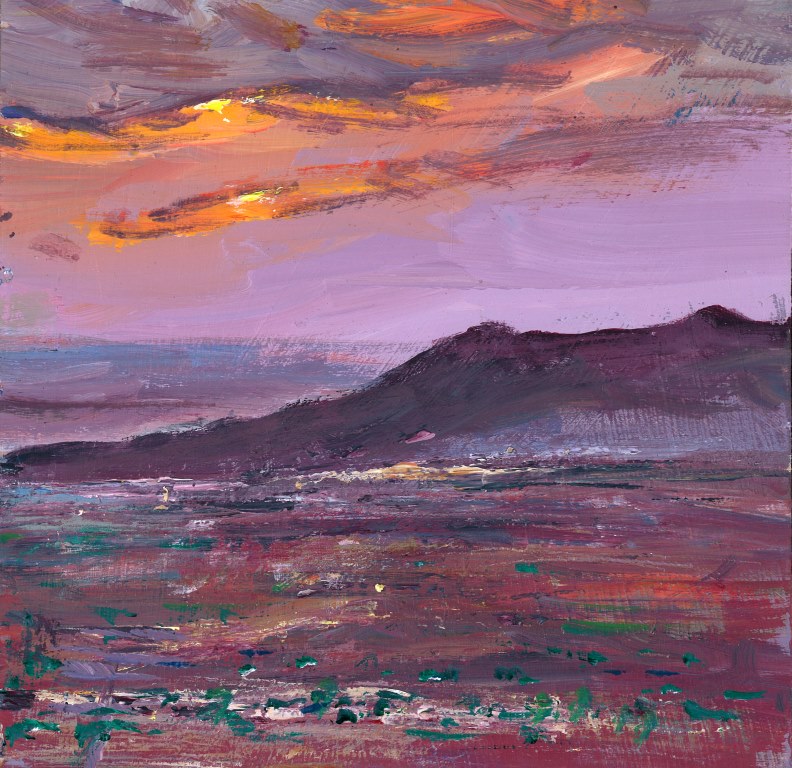 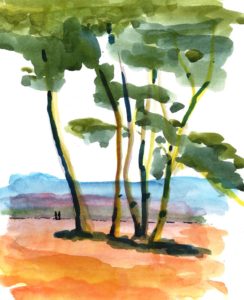 And I just worked out that my crouches on the soft warm bush floor is why my knees are so brown. 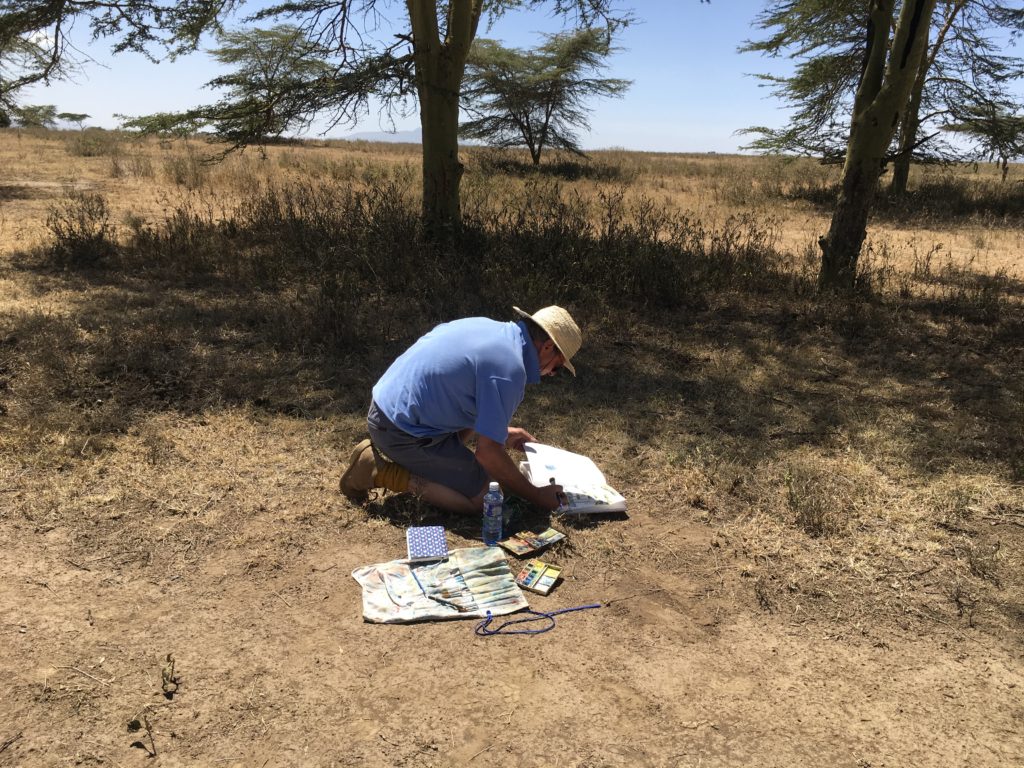 Take nothing more than stout shoes and sketch-kit and a painter should be happy. Search http://kuruwitukenya.org/ and see the wonderful work of our hosts defending the ocean from the rigours of a developing country