From bright primroses to an almighty white out 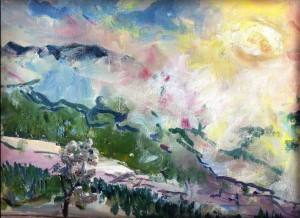 sun and clouds anticipate the storm

Unusual events in nature’s calendar  have a habit of rectifying themselves and we had a  profound example last week in the Alps above Annecy where we were privileged to hole up for Christmas last week. The bright low winter sun over the lowland hills all grassy and green, dotted with chalets and farms making Roblochon and great rounds of Beaufort out of the creamy milk of the cows snugly munching in their rich smelling barns gave for an idyllic scene of late autumn hill life. It all made for good walking, almost spring-like with babbling streams and warm work and only slightly colder up on the cols and the shoulders under the summits which had but a dusting of snow to crunch through and easily topped by unfit legs. Primroses starting to push through the litter of beech leaves and mushrooms appearing residual of the autumn dampness made for and odd combination for the time of year as we reached 15 degrees in the bright afternoon.

Then in six short early morning hours the whole region was blanketed by a meter and more of snow – in every crevice and ditch, on every roof and road and tree and hillside the new landscape was quiet, smoothed over with this pristine virginal whiteness where no-one could move and nothing could be done except perhaps trudge to see if the snow-plough had appeared.

In a trice the winter had arrived all over the hills and right down to lake Annecy and into the lowlands of Geneva. All at a standstill and the primroses and mushrooms sealed underneath until the spring. All previous ideas of agricultural bliss in the hills eradicated.

At minus nine the paint froze and the ink did not run but I managed a tiny run of work for the diary. We were so lucky to have the chance to be in the Alps with some special people and to whom our thanks to taste something different is not to be forgotten. 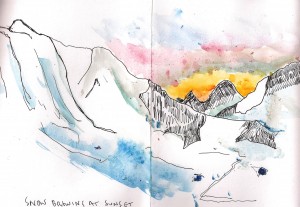 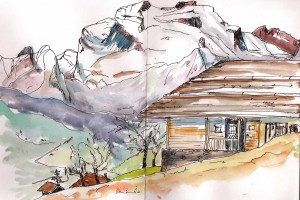 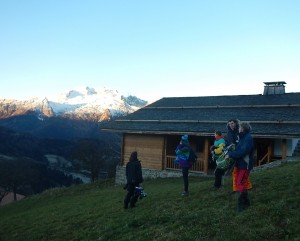 Not a jot of snow 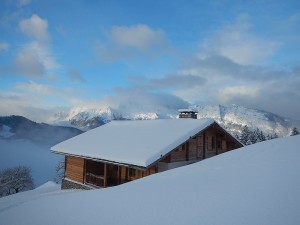 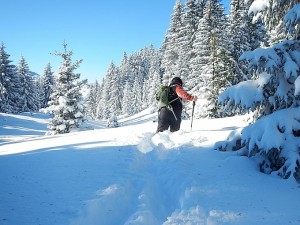 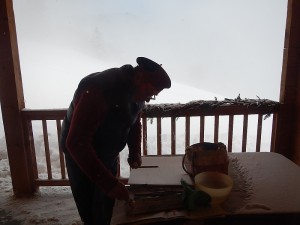 PK paints on verandah at Eglatine