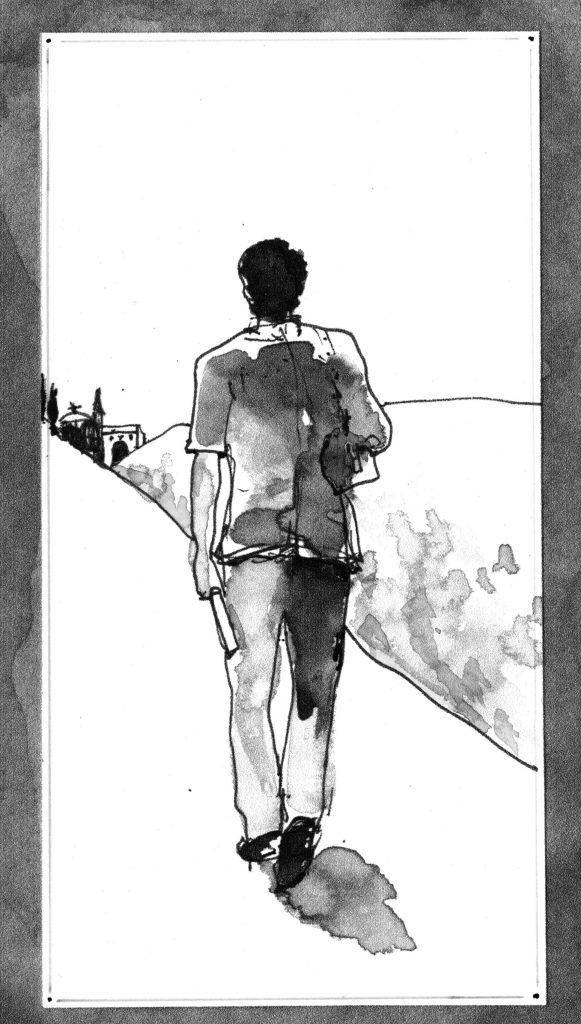 When Dreams Collide is the title of a new book out in June that has been written by a friend of mine, Nicholas Allan. Well worth a dip into this fascinating account of a trip around the Balkans in the post break up era. Nick has followed the footsteps of Rebecca West who in the 1930’s did much the same sort of reconnoiter and wrote a thousand pages titled Black Lamb and Grey Falcon and both of these are a ‘magnificent blend of travel journal, cultural commentary, and historical insight’.

My little input has resulted in six maps and thirty or so drawings of icons Nick has mentioned in the book whilst he trod the road in these wonderful places like Montenegro and Kosovo and North Macedonia. Making maps is an exacting task as anything that goes wrong could mean the work needs to start all over again. By drawing the individual buildings and statues separately and at a larger scale these can be ‘dropped’ in later, made to fit the location –  and the colouring phase then comes at the end. A lock-down project of the moment when lots of time on tap and fewer distractions I had enormous fun pulling together the geography onto crisp 350gsm paper. 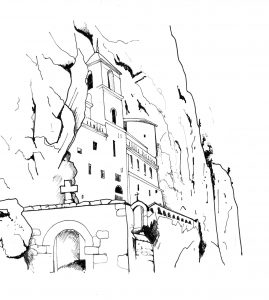 Clinging monastery to cliffs at Ostroe in Montengro 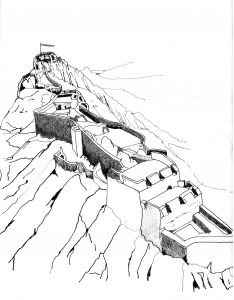 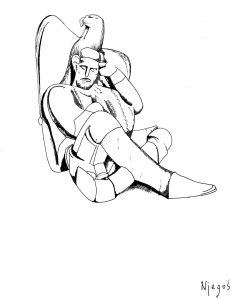 As I put ink to paper I was able to cast myself into thinking about the iconic religious buildings featuring strongly across the landscape.

Those forts in clearly good positions and now the war memorials and statues to the heroes as reparations are evident and resonates so obviously with where Ukraine may see itself in time to come.

All this takes time but nothing like the research, the tramping about and the writing to get to a point where the story is useful, enjoyable and worth publishing. Well done Nick. 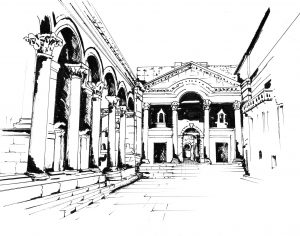 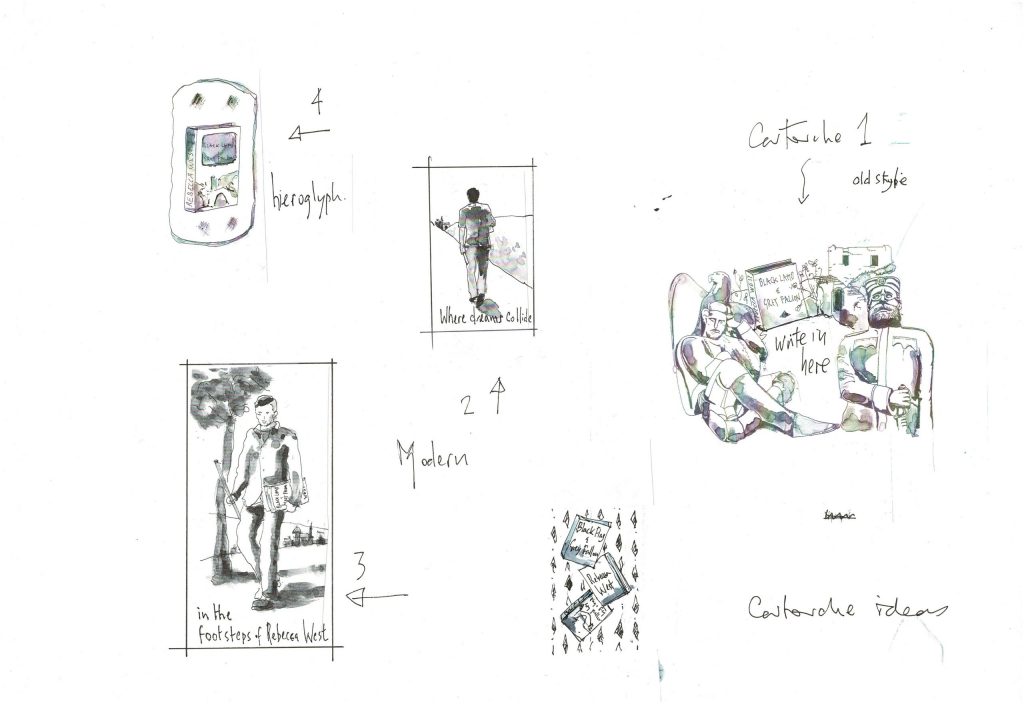 Cartouches in the making 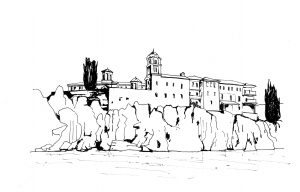 The cover was a challenge to bring the old and the new of the regions described into one place and give a sense of diverse history and places. Colour is paramount in the ‘pick-up-ability’ and a lightness against the vast range of books that can be quite predicable was something that came through the editing process. Anyway its different! 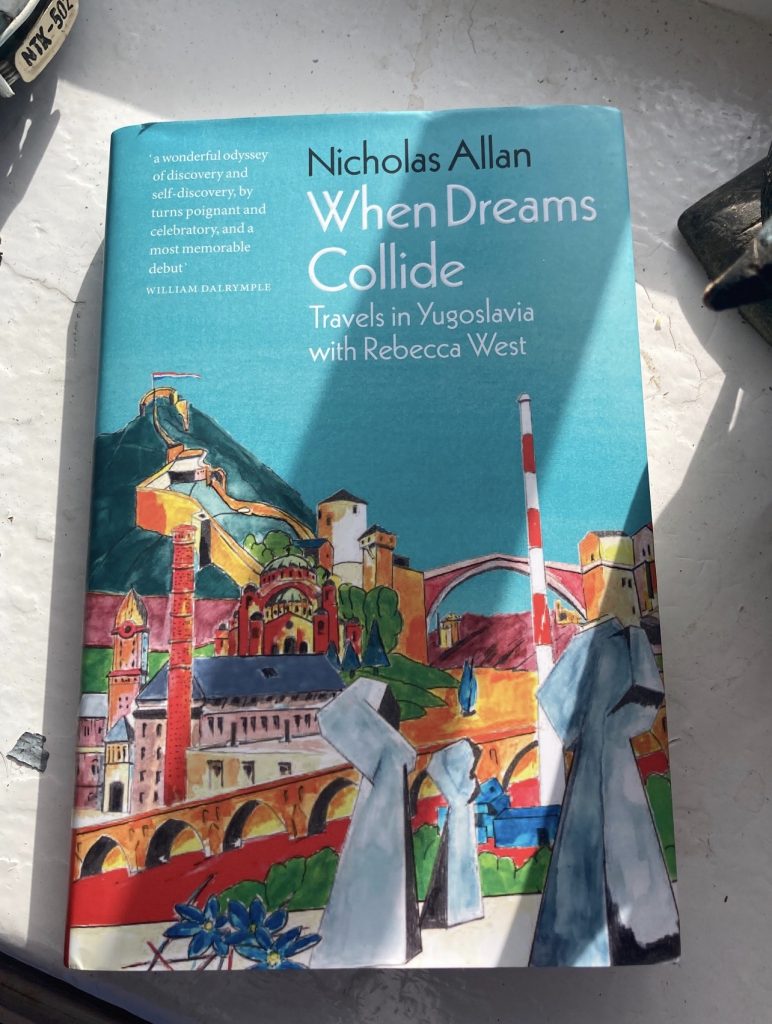